If you’re a court reporter (or court reporting student) who works on an actual steno machine – RUN!!!  The day you’ve been dreading is finally here!!!  Electronic recording is taking over!  Doubt me?  Take a look at the article below. 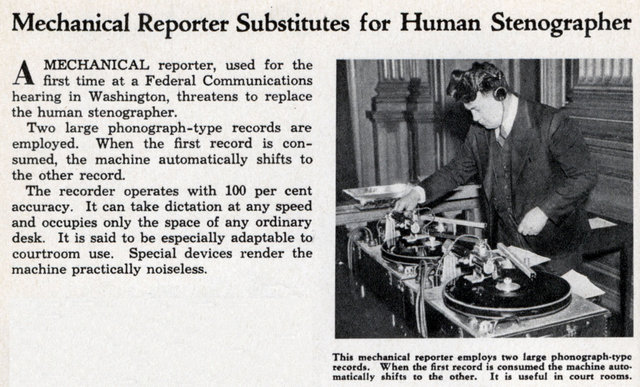 Looks a bit like Daft Punk without the costume.  Wicka-wicka-wah! 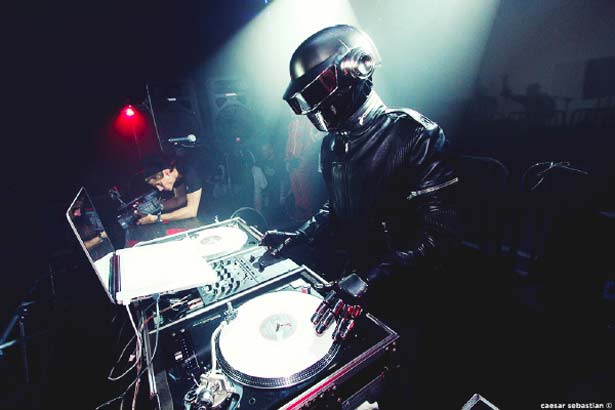 Okay, so maybe the reports of electronic recording taking over the world are a bit premature…like 78 years premature.  That article above was written in 1936.  And besides the actual technology, the claims haven’t changed much – 100% accuracy – adaptable to any courtroom – captures any speed spoken.  Of course the operator still has to remember to turn it on…so there’s that 🙂  No biggie – it’s just a murder trial.

And that’s all fine and good until the robot revolt happens and they turn us all into slaves.

To some extent, the claims are true.  Electronic recording can capture pretty much any speed (as long as the hardware keeps up).  And it can capture everything that’s said (as long as it’s not muffled, too quiet, several voices at once).  And it does replace the court reporter (with a different person who cannot provide a realtime record).  And it’s less expensive (unless there’s a problem, like someone doesn’t turn it on, causing a retrial).

The biggest step in electronic recording over the last 80 years has been that it is no longer the size of an ordinary desk.  They’ve whittled it down to a computer and some microphones.  Kudos to them!

So I’m not too concerned about electronic recording replacing court reporters on steno machines.  But in the event that does happen, it only makes sense that the next step would be…Judge Robot!  Makes as much sense 🙂 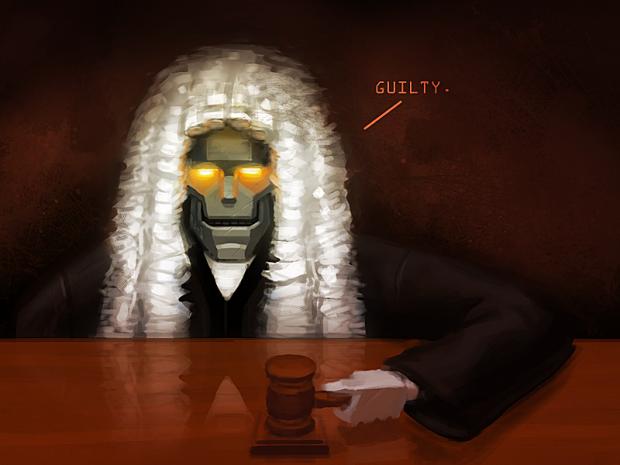